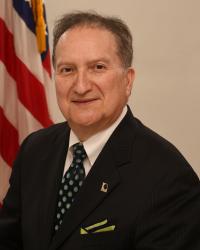 Dr. Robert Otto Valdez, Ph.D., M.H.S.A., was appointed Director of AHRQ in February 2022. He was previously the Robert Wood Johnson Foundation (RWJF) Professor Emeritus of Family & Community Medicine and Economics at the University of New Mexico (UNM).  He received his Ph.D. from the Pardee RAND Graduate School for Public Policy Studies specializing in studies of healthcare financing and quality of medical care. At the University of Michigan School of Public Health, he was awarded a master’s degree in Health Policy & Administration. At Harvard University, Dr. Valdez studied in the Department of History and Science specializing in Latin American history and Biochemistry.

In 2008, Dr. Valdez was the Founding Executive Director of the RWJF Center for Health Policy at UNM. He previously served as founding Dean at the Drexel University School of Public Health. From 1985 through 1999, he was Professor of Health Services at the UCLA School of Public Health and directed the health services doctoral studies program, the MBA/MPH program in collaboration with the UCLA Anderson School of Business, and served as associate director of the Chicano Studies Research Center.

From 1993 through 1997, Dr. Valdez served at the U.S. Department of Health and Human Services as Deputy Assistant Secretary for Health (Public Health Service) and simultaneously as Director of Interagency Health Policy (Centers for Medicare and Medicaid Services).

Prior to joining DHHS in 1993, he served as a Special Senior Advisor to the White House on healthcare reform. In 1998, he served as Special Senior Advisor to the White House Initiative on Educational Excellence for Hispanic Americans. His public service includes serving as Chairman of the New Mexico Community Foundation, Chairman of the American Hospital Association Foster G McGaw Prize Committee, and Chairman of the Public Health Institute, one of the nation’s largest non-profit public health agencies serving communities across California and internationally.

"Congratulations to Bob Valdez for taking on his new role as Director of the Agency for Healthcare Research and Quality. We’re extremely fortunate to have his internationally-recognized expertise and deep understanding of health services research to help lead this Agency. Having previously served as Deputy Assistant Secretary for Health and Director of Interagency Health Policy at HHS, I know Bob will be able to dive right in and lead AHRQ’s critical work to promote patient safety, improve primary care, and increase the availability and use of health care data. The Biden-Harris Administration has gained a proven leader in our efforts to make our health care more accessible and equitable."