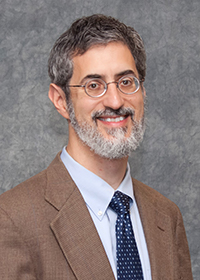 Dr. Meyers, a family physician, helps lead the Agency's mission of producing evidence to make health care safer, higher quality, more accessible, equitable, and affordable. This includes working within the U.S. Department of Health and Human Services and with other Federal, State, and local partners to make sure that the evidence is understood and used.

Dr. Meyers joined AHRQ in 2004 and has served under four AHRQ directors. Appointed Deputy Director in February 2020, he has led many of AHRQ’s strategic planning activities and co-led the development of AHRQ’s National Nursing Home COVID-19 Action Network. Dr. Meyers served as AHRQ’s Acting Director from January 2021 to February 2022.

Prior to his appointment as Deputy Director, he served as AHRQ’s first chief physician and directed EvidenceNOW, AHRQ’s $110 million initiative to help primary care practices improve the heart health of their patients through quality improvement support and the implementation of new evidence. During his more than 15 years with AHRQ, Dr. Meyers has directed the Agency’s Center for Primary Care, Prevention and Clinical Partnerships and established its Center for Evidence and Practice Improvement. He has also directed the Agency’s Practice-Based Research Network initiatives and served as the Acting Scientific Director for the U.S. Preventive Services Task Force.

Before joining AHRQ in 2004, he practiced family medicine, including maternity care, in a community health center in southeast Washington, D.C., and directed the Georgetown University Department of Family Medicine’s practice-based research network, CAPRICORN. He is a graduate of the University of Pennsylvania School of Medicine and completed his family medicine residency at Providence Hospital/Georgetown University. After residency, he completed fellowship training in primary care health policy and research in the Department of Family Medicine at Georgetown University. In 2019, he was elected a member of the National Academy of Medicine.