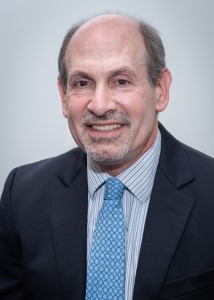 “I can’t put into words what AHRQ funding has meant to me and to others I’ve worked with doing this type of health services research. For an Agency that has been strapped for funding, it has been pretty remarkable what has been accomplished in some of these areas that nobody else has focused on.”

From his earliest days practicing medicine, geriatrician Jerry H. Gurwitz, M.D., was keenly interested in patient safety, especially as it affects older patients.  “Even before patient safety was recognized as a true public health issue, I became worried about the risk of harm that older adults faced across all healthcare settings,” he said.

Fortunately, AHRQ has been a pioneer in funding research on making care safer for older, vulnerable patients.  This happy coincidence of research needs and funding opportunities allowed Dr. Gurwitz, a professor of medicine at the University of Massachusetts Medical School in Worcester, to study how to protect older patients from a variety of adverse events, especially those related to medication errors.  “I wouldn’t have had a career without AHRQ funding,” he said.

Dr. Gurwitz credits AHRQ with recognizing the importance of medication safety across all settings of care, including nursing homes, whose residents Dr. Gurwitz says are “such a forgotten population.”  As his AHRQ-funded research projects have evolved over time, Dr. Gurwitz has studied how to improve safety in a range of settings, including hospitals, clinics, nursing homes, and even patients’ homes.

His current AHRQ grant is focused on medication safety. His team is testing the impact of home visits by clinical pharmacists to older patients who’ve recently been discharged from the hospital with prescriptions for three high-risk drug categories:  anticoagulants, medicines to treat diabetes, and opioids.  These drug classes are associated with the greatest number of drug-related harms, according to the Department of Health and Human Services National Action Plan for Adverse Drug Events. Many of these adverse drug events (ADEs) are thought to be preventable.

As part of this AHRQ-funded study, pharmacists visit patients in their homes to discuss their medications, assess safety issues, provide education, and then communicate with the primary care provider.  Complete study findings of the intervention to reduce ADEs involving these high-risk drugs are expected by the end of 2019.

When patients transition between care settings, they are at increased risk of an adverse event.  This risk is especially high for older patients, as Dr. Gurwitz’s research has shown.   He recently completed an AHRQ-funded study that identified the incidence and type of adverse events that occur when nursing home residents are transferred from a hospital stay back to the same nursing home.

The observational study, published in JAMA Internal Medicine in July 2019, found that adverse events occurred in nearly four of every 10 care transitions, with the majority (70 percent) considered preventable.  Pressure ulcers, skin tears, and falls made up half of the adverse events; healthcare-acquired infections and ADEs were the next most common.  To maximize the impact of the study’s findings, Dr. Gurwitz and his team are devising an intervention to help identify high-risk patients for additional attention during hospital and nursing home transitions.

This focus on the nursing home setting was grounded in Dr. Gurwitz’s earlier AHRQ-funded research projects that explored two issues affecting nursing home resident safety: the high use of urinary catheters and off-label use of atypical antipsychotic drugs.

His 2012 AHRQ-funded study aimed to prevent catheter-associated urinary tract infections (CAUTIs), the leading cause of infections in nursing home residents, by improving how catheters are used. In an earlier 2009 AHRQ-funded study, Dr. Gurwitz explored the off-label use of atypical antipsychotics in the nursing home population. These medications, at the time of his study, were frequently prescribed to nursing home residents despite very serious safety concerns.

Dr. Gurwitz’s AHRQ-funded patient safety research has contributed to better and safer care for older patients across the full range of healthcare settings. And as the number of older Americans with multiple medical problems, cognitive impairment, and functional decline rise dramatically over the coming decade, improving safety for this ever growing population will become even more of a priority and challenge.

That’s why ongoing research focused on this patient population remains vital.  “There is no group of people more vulnerable and in need of our attention,” Dr. Gurwitz said.