The Data Are In: Health Care Quality Continues to Improve, But Disparities Persist 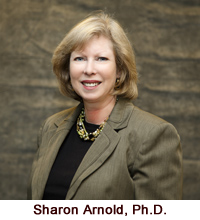 AHRQ maintains a steadfast commitment to developing and analyzing data and information to support improvements in the quality and safety of the Nation's health care.

The Agency's newly released 2016 National Healthcare Quality and Disparities Report represents an essential element of that effort, an annual report that researchers, policymakers, and others can use to build upon the strengths of our Nation’s health care system as well as address areas where improvement is still needed.

Among the compelling themes from this year’s report:

Each of these trends is encouraging. Similar to previous years, however, the report found that the quality of care was often uneven when measured between racial, ethnic, and income groups.

In this area of health disparities, some of the data were promising. Disparities in quality and access to care among Blacks and Hispanics, for example, declined in about 20 percent of measures.

But most disparities did not significantly improve—and in some cases widened. Visits to emergency departments for mental health care, for example, increased significantly among the poor—from about 1,400 per 100,000 in 2007 to nearly 2,000 per 100,000 in 2014. That increase was nearly double the change in such visits among high-income adults during the same period.

AHRQ's Quality and Disparities Report, mandated by Congress, provides an annual report card on the status of the Nation's health care. Its findings are based on more than 250 measures of quality and disparities, covering a broad array of health care services and settings.

Drawing upon data from multiple national sources, the report illustrates AHRQ's commitment to  collecting and analyzing data as a way to inform policymakers, researchers, and others who track trends in the Nation’s health care system. Some more specifics from this year’s report:

Gathering, generating, analyzing, reporting, and disseminating data are central to AHRQ's mission. The National Healthcare Quality and Disparities Report, as well as the new Chartbook on Patient Safety, an ancillary publication, are important barometers of the Nation's health care system.

The report complements other well-known AHRQ data sources, such as the Medical Expenditure Panel Survey, which tracks how Americans use and pay for medical care, and the Healthcare Cost and Utilization Project, which provides the Nation's most comprehensive source of hospital data.

As time goes on, these AHRQ resources will continue to offer essential information about trends in health care quality and safety as we work together to help ensure the best possible care for patients.