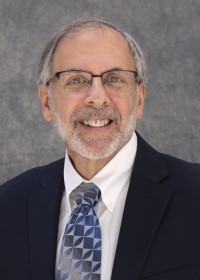 Since 1996, AHRQ has surveyed business and government establishments across America to collect information on the status of employer-sponsored health insurance.  I’m pleased to announce the release of this year’s Medical Expenditure Panel Survey-Insurance Component (MEPS-IC) Chartbook 2017.

Given that employer-sponsored health insurance remains the primary source of coverage for people under age 65, we view the Chartbook as an indispensable resource for researchers, policymakers, and health systems leaders.

The Chartbook is based on surveys from more than 42,000 private-sector business establishments and is part of AHRQ’s Medical Expenditure Panel Survey (MEPS), an ongoing group of large-scale surveys of individuals and families, medical providers, and employers across the United States.

The Insurance Component surveys private employers and State and local governments and is designed to be representative of all 50 States and the District of Columbia. As a result, it provides the most comprehensive national and State-level estimates on offer rates, premium costs, employee eligibility and the number of employees who enroll.

Here are a few highlights from this year’s report.

It certainly remains true that the percentage of employees working at establishments that offer health insurance ("the offer rate") is very high when all private-sector employees are considered together (85 percent in 2017). However, the offer rate varies substantially by firm size.  In 2017, the offer rate was 99 percent in firms with 100 or more employees and only 48 percent at small employers (those with fewer than 50 employees).

One of the Chartbook’s most distinctive features is the level of detail it offers to those who want to take a deep dive into the data. The 2017 Chartbook reveals, for example, that the offer rate was 94 percent for employees working for large employers (50 or more employees) with primarily low-wage workers (where 50 percent or more of the employees made less than $12 an hour) but only 24 percent for low-wage employers with fewer than 50 workers.

In addition to that snapshot, the Chartbook tracks premium trends over time. AHRQ’s data analysts found that between 2016 and 2017, premium increases ranged from 4.4 percent to 5.5 percent—higher than increases in recent years.

Beyond these core measures on offer rates, premiums, and deductibles, the new Chartbook presents additional interesting findings. The Chartbook shows, for example, that workers’ insurance options depend on the kind of work that they do. For example,  workers in the financial services and real estate sector and in retail trade are more likely to have a choice of insurance plans than workers in other industries. Workers are also more likely to have a choice of plans if they work at older companies, such as those in business for 20 years or more, than at younger firms.

Insurance data are complex. Trends in coverage are changing rapidly, and more shifts are inevitable in response to changes in national and State policies, demographics, and other factors. We are pleased to offer the insights included in the 2017 Chartbook, and we look forward to producing another update with 2018 data next year.

Dr. Cohen is AHRQ’s Director of the Center for Financing, Access, and Cost Trends.