Providing a State-by-State Picture of the Nation's Opioids Crisis 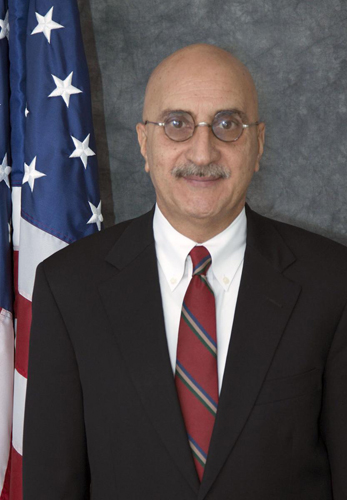 I am a firm believer that every problem has a solution. Before a solution is identified, however, the problem must be understood.

A new online tool developed by AHRQ is a terrific example of how one urgent problem facing the Nation today—the overuse and abuse of opioids—can be better understood.

The tool is an interactive map of the United States. It provides State-specific data that illustrate how the opioid epidemic is affecting hospital care, including trends in hospitalization rates, and how those rates are broken down by sex, age, geographic area, and income.

The map, which includes data for 44 States and the District of Columbia, underscores the Agency's commitment to supporting national efforts to confront the opioids crisis. Health and Human Services (HHS) Secretary Tom Price, M.D., has identified the epidemic as a top priority, and HHS has launched a broad range of strategies to address the challenge.

As Secretary Price recently said, "We cannot continue to lose our Nation's citizens to addiction. Through a sustained focus on people, patients, and partnerships, I am confident that together we can turn the tide on this public health crisis."

AHRQ has joined the effort with an array of initiatives perhaps best highlighted by the Agency's $12 million investment in research grants to discover the most effective ways to support primary care practices and rural communities in delivering medication-assisted treatment for opioid abuse in rural primary care practices.

But the new map is an important addition to these efforts. It's a prime example of how AHRQ's ongoing collection, analysis, and dissemination of data can support the efforts of State and regional policymakers and public health officials as they tackle an urgent health problem.

One of the clearest takeaways from the map is the wide variations that exist between States when it comes to opioid-related hospitalizations. Knowing how one State compares to others certainly represents critical information for officials who are devoting time and resources to developing public health strategies.

Here are some examples:

Data in the map come from AHRQ's Fast Stats, an online tool that provides national and State-specific data on hospital stays and emergency department visits, including data by age, gender, community-level income, and urban versus rural residency.

I encourage you to explore FastStats, which was developed by the Agency's Healthcare Cost and Utilization Project (HCUP). I also recommend three recent reports (HCUP Statistical Briefs 219, 224 and 226), which analyze trends in opioid-related hospital stays.

As times goes on, newly available data will be added to the map. It's our way of rallying behind a national effort to put an end to a national health crisis.

Gopal Khanna is Director of AHRQ.