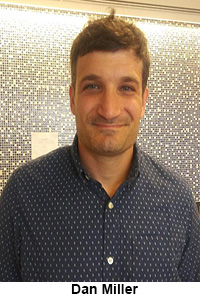 When AHRQ launched its Compendium of U.S. Health Systems in 2017, we understood this groundbreaking resource would mature in ways that would provide new and unique information about trends in the Nation’s healthcare systems. And, with updates we’ve made in recent weeks, that’s certainly been the case.

The compendium, developed by the Agency’s Comparative Health System Performance Initiative, represents the first publically available database that allows researchers, policymakers, and healthcare administrators to assess the healthcare landscape and gain a deeper understanding of the structural attributes of high performing health systems.

AHRQ’s efforts to make information available on the composition and performance of health systems are supported by the Agency's unique and longstanding expertise in data collection and analysis.  Development of the compendium is critical to one of the Agency's priority aims: to support better understanding of health system trends that may have significant impacts on the safety, quality, and value of patient care.

In its initial incarnation, the compendium offered first-ever insights about the increasing consolidation among the Nation’s 626 healthcare systems, such as what percentage of the Nation’s non-Federal general acute care hospitals were part of health systems (about 70 percent), and what portion of U.S. physicians were employed by these systems (nearly 45 percent).

Now, as part of our ongoing initiative to explore how health system consolidation may be affecting quality and cost, AHRQ has updated the compendium to include information on how many systems are augmenting patient care services by offering health insurance plans, participating in Accountable Care Organizations (ACOs), and participating in Medicare bundled payment programs.

The compendium’s new hospital linkage file contains comprehensive information on all of the hospitals within each system, greatly increasing the utility of the resource by allowing researchers to link the data in the compendium to other available sources of hospital data.

The summaries identify important overall trends. Hospitals in health systems, for example, are much more likely than non-system hospitals to participate in alternative payment models, such as Medicare's Comprehensive Joint Replacement Bundled Payment and the Bundled Payment for Care Improvement Program. And larger systems that own four or more hospitals are much more likely to participate in alternative payment plans and offer insurance products. 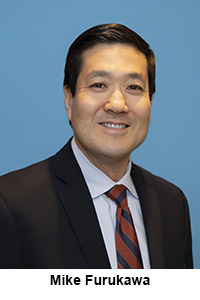 The highlights also show how participation in alternative payment programs and insurance offerings differ by other system characteristics, such as academic affiliation and ownership type (public, investor owned or nonprofit) and level of uncompensated care.

Digging a bit more deeply, the new data show that of the 626 systems in the compendium:

AHRQ’s Comparative Health System Performance Initiative is supported by centers of excellence at Dartmouth College, the National Bureau of Economic Research, and the RAND Corporation and a Coordinating Center (Mathematica Policy Research). Experts at these centers have published more than three-dozen articles about some of the important changes occurring among health systems.

In future weeks, we look forward to AHRQ's initiative yielding more new insights about health systems, not only from teams at the centers of excellence, but also other researchers who explore the enhanced compendium.